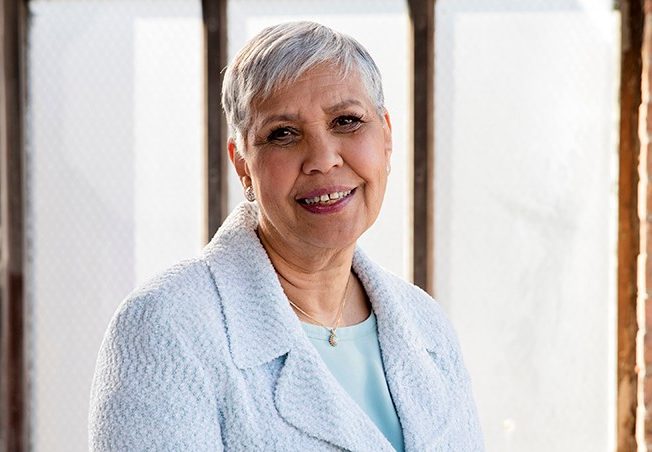 For the official article, click here: Forbes.com
Jun 1, 2016 @ 09:01 AM
She Wasn’t Planning To Be A CEO, But Life Took Her That Way
Running a business was an opportunity Alice Houston felt she had to take.
Houston became president and owner of Houston-Johnson, Inc., a material management and order fulfillment company, in 2001. Alice and her husband, Wade, had just divested a transportation business they had started. The move left them with a smaller logistics company that provides support in supply chains and distribution for a wide range of companies from automotive to technology. After careful analysis, Alice and her husband decided she would become majority owner and president, in charge of day-to-day business, while Wade would be minority owner and turn his attention to other projects.
“During that process (divesting), I gained a lot of confidence, and I also came to terms with ‘What’s the worst thing that can happen?’ When you look fear straight in the eye, it really isn’t that scary.”
She committed to making Houston-Johnson, Inc. one of the top logistics support systems in the country.
“I wanted to build an organization that the family could be proud of, the customers could be proud of, the community could be proud of. We are in it for the long haul.”

Despite her confidence, Alice had moments of trepidation, especially at the prospect of employing people. “I can remember being scared to death—I mean, literally breaking out in sweat at night. And it wasn’t so much about how we were going to survive. It was the fact that other people were depending upon our decisions.”
She also faced a hurdle with Houston-Johnson, Inc. almost immediately. Traveling to see one of their clients on September 11, 2001, she watched the terrorist attacks unfold on TV and realized immediately that the world had just been altered. Much of the transportation business went into turmoil; and with Houston-Johnson, Inc. still in its infancy, the ability to keep the company not only afloat, but thriving, in the years that followed is what she now calls her greatest success.
“It is amazing even to me and is a demonstration of faith and fidelity to what you’re trying to accomplish and surrounding yourself with competent employees and advisors.”
Her financial backbone was the foundation on which everything else was built, and she credits her Northwestern Mutual advisors with helping open the doors to success.
“I meet with my advisors quarterly, so they’re all a part of the decisions. I have learned from them. They listen and go back and construct the methodology. If I say, ‘I can’t do that,’ they try to understand what is inhibiting me and come back with an alternative solution.”
All of her decisions and dedication paid off in spades. Despite being a small business, Houston-Johnson’s many clients now include Ford Motor Company, Johnson Controls and the PGA of America.
“We compete in a space where the companies are much bigger and more capitalized than we are, but we’re able to do what we do because we’re good at it. We’re not the cheapest, we’re not the most expensive, but I assure you we are the best.”
Life Lessons
Houston was raised in Louisville in an athletic family. Her father was a basketball and football coach and often used sports metaphors with his daughter, such as “Compete hard but cheer as the winner goes by because you respect the game, you respect the rules of the game, and you compete honestly.”
Houston began her career working at the University of Louisville, eventually becoming the associate director of financial aid. “It was at that point that I was exposed to finance, administration, technology and counseling, all of which played a role in my future, although I didn’t know it at the time. I’m not sure I’m even a businesswoman. I’m a woman who happens to be in business.”
Succession
At the age of 69, Alice is now moving forward and working with her Northwestern Mutual advisors as she develops a succession plan for her business. She will become chairwoman of the board while her daughter and son-in-law take over. She is looking forward to spending more of her time counseling other young women and men in business with bits of wisdom she has accumulated over the years, such as: “Networking is really important. If you don’t know where to go, the door is closed or, at least, not really ajar,” and “Be honest. You may get the business or not get the business, but you will leave an impression that is a positive one. People want to do business with people they respect.”
Women in Business
Houston has witnessed dramatic growth for women in business.
“I have seen support networks build up. Just knowing that you’re not out there by yourself, that other women have been through challenges, is so important.”
She believes the rules are still somewhat different for women, however: “Business is still about relationships. A lot of business still happens on the golf course, it still happens in the board room, and we are not in those rooms to the same degree. Some of it is we still have the primary responsibility for our homes and our families, so we wear many hats; that’s just a reality.”
Houston has donned many hats herself but has excelled in a world once unknown to her. When thinking back on her life, you’ll often find her referring to sports analogies, many imparted by her father.
“I just want to know the rules. If you give me the rules, I can play the game. In business, it’s resiliency. You have to get over the fear of failure. If you fail, get up the next morning and go to practice.”

Send this to a friend