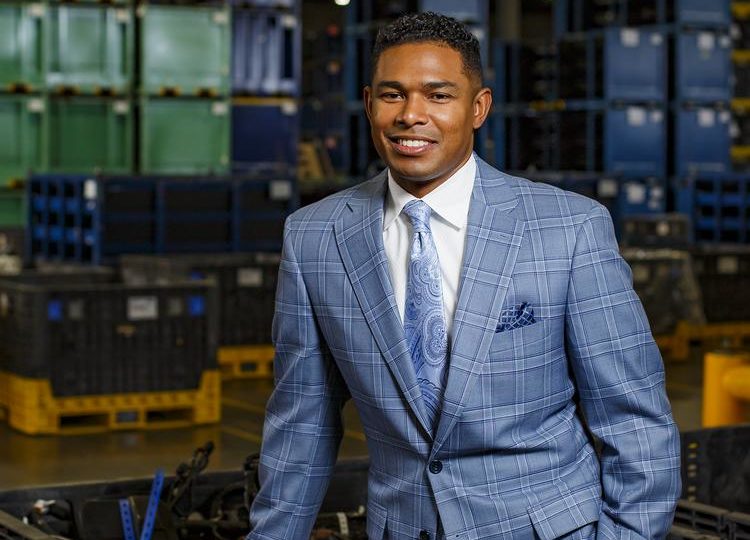 But in the industrial field, Wade and his wife, Alice, are known for their prowess running a company specializing in distribution and supply-chain management. When they first founded the Houston Johnson Corp. with Wade’s college roommate, Charlie Johnson, they were hauling finished cars and trucks over the road. Ford Motor Co. was their biggest client.

The business grew, expanded, entered into a joint venture and became part of a conglomerate until, in 2001, the Houstons got out of the transportation business to concentrate on the much smaller warehousing component.

“There were a lot of reasons coming together in a perfect storm,” Alice Houston recalled. “There were pension issues and labor issues, an economic downturn, the rising interest rates and the cost of fuel.”

The $450 million truck-hauling business was downsized to a $4 million warehousing operation.

“We practically started again from scratch,” she said. They remained Houston Johnson Inc. until, as Alice tells it, “someone asked me if we ran a funeral home.”

In 2016, the company became HJI Supply Chain Solutions. Alice Houston stepped down as president of the company and turned the reins over to her son-in-law, Condrad Daniels, husband of the Houstons’ daughter, Natalie.

Any generational change in the leadership of a family business can be tricky. As Daniels said, “We don’t want to be just another one of those family business statistics.” (The Family Firm Institute in Boston says only one-third of all family businesses are passed successfully on to the second generation, and just 13 percent make it through the third generation.) 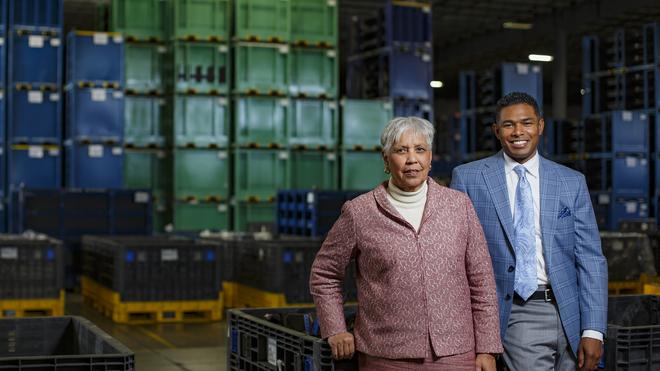 HJI is confident it’s defying the odds. In choosing her son-in-law to replace her, Alice Houston is very careful to assert that it was never preordained.

“Frankly, I did not necessarily think Drad would be the future of the business,” she said, using his family nickname. “In fact, he will tell you my approach to hiring: ‘We can’t hire anybody that we can’t fire.’ You have to be very careful, especially in a small, local business.”

She explained that “you have the business and you have the relationships. If you have to let someone go, there will be a degree of angst. You might go to the same church as that person, or the same grocery store, or live in the same neighborhood.

“In a family situation, that angst is a thousand-fold. It has the potential to be devastating. And if you value family like we value family, it’s not worth the risk.”

It turned out, hiring Daniels was very much worth the risk. With his background – an industrial engineering degree from Georgia Institute of Technology — he was perfectly primed to lead HJI out of warehousing and into the sophisticated world of high-tech inventory management, a systems-based approach to helping clients track the movement and storage of raw materials, work-in-process inventory and finished goods.

Today’s 21st century buzzword is “logistics.” For HJI, there was another new buzzword: “sequencing.”

The company had always moved parts for Ford’s Kentucky Truck Plant. But autos and trucks, which had once been assembled in bulk, were now being customized. And that meant that specific components on the assembly line had to be at arm’s length of the workers in precisely the right order to be handled and applied to the right vehicle.

“We were one of the first sequencers in Kentucky,” said Houston.

And it was a perfect fit for Daniels, who had been exposed to the logistics industry at Georgia Tech. He had worked with the university’s Supply Chain & Logistics Institute, providing executive education on systems, warehousing and automation – “leading-edge stuff,” he recalls. “So when Alice suggested I take a hand in growing the logistics business, I was both feet in.”

There was another thing Daniels brought to the table. He had played football for the Yellowjackets.

“We’re a family of athletes,” Alice noted. “My father, my husband and my son are all in the Kentucky Basketball Hall of Fame.”

William Kean was the winningest high school coach in the commonwealth at Central High School. His teams won 225 football games and 857 basketball games, a total of 1,082 wins and an 89 percent winning percentage. Wade played basketball at the University of Louisville and coached Male High School to the 1975 state championship. Allan was an All-American at the University of Tennessee, an NBA all-star with the Detroit Pistons and New York Knicks, and a member of the U.S. Gold Medal team at the 2000 Olympics in Sydney.

And that’s important why?

“Athletics brings the essence of teamwork, accountability, responsibility, resiliency, flexibility, competitiveness, hard work and dedication,” Alice Houston said. “Athletes have to adapt. Plays break down sometimes, they don’t always manifest as they were drawn up.”

Working his way up

Daniels started with HJI in quality control, then operations, and he was encouraged by his mother-in-law to go for his MBA, a degree he obtained from U of L in 2003.

He became head of operations and brought his experience to the building of the logistics service.

“He set up our tech systems and even designed our building,” Houston said. “We couldn’t pay him what he was actually worth in the open market. But it did expose him to a broad range of experience he would not have gotten in a traditional corporate environment. He was in the room, heard the conversations and debates, and was able to receive mentoring and development from me and Wade.

“Also, he has analytical and statistical abilities. A great fit.”

So he was ready to move toward the presidency? Not so fast.

“For one thing, I didn’t think I was ever going to give up the reins,” Houston said. “That’s a whole different dynamic, more difficult than I had anticipated.”

That’s not unusual for a first-generational business owner who’s used to control, and it can set a minefield for a successful transition. But Houston was too smart to let that happen. She had a well-crafted succession in mind, touching all the bases.

“One thing we did was to plan this,” she said. “We prepared each aspect of our business, except” — she laughs — “for myself.”

In 2014, they told their customers of the change – “an easy tell,” said Houston, “because Drad had already been in the room.”

In 2015, they told their banks – “another easy tell, because he and Lynn had been sitting in on all of our financial meetings.” (Lynn Moore, one of the Houstons’ three children, is the company’s vice president of finance.)

In 2016, they told the company staff. And in January 2017, when the employees returned from their holiday breaks, Daniels was in Alice’s office as company president.

“I’m still board chair and CEO,” she said. “We’re a certified Women’s Business Enterprise [WBE], and to retain that, the highest-level employee has to be a woman. That’s important to us. Women do business with women. There’s a certain intentionality.”

One of the most important things they did during the transition was to get involved, at Daniels’ behest, with the University of Louisville Family Business Center.

“That was Drad’s wisdom,” acknowledged Houston.

“I know what I don’t know,” said Daniels, “so I sought expertise in the transitioning of small family businesses through the Family Business Center. It provided us with workshops and speaker programs that addressed generational succession plans. But more important was hearing the first-hand experiences of first, second and third-generation family business owners.

That was critical, listening to a lot of other owners talking about what worked, what didn’t work, what they would have done differently.”

Alice and Wade joined the Center’s CEO Roundtable, attending events and discussions, including one on what Daniels called “one of the biggest challenges: How do you get first-generation business owner to let go? That was invaluable.”

Another key aspect of the transition was defining and reiterating the company mission statement, which is essentially an extension of how Alice and Wade Houston live their life.

Daniels says “the mission statement makes certain decisions easy and provides a lot of direction for me.”

The statement is: “The Houston family will create a financially sound legacy business that deepens family relationships; develops opportunities for our family, team and community; and creates freedom of choice and enables us to generously give back to our communities through living our family values.”

“For Alice and Wade, community is a huge part of how they feel they should pay it forward,” said Daniels. “They feel really blessed, and with responsibility comes the opportunity to include community in everything they try to do.”

Daniels also acknowledged that, as an in-law, there were “certain conversations better facilitated by a mediator, especially the estate planning piece of it, and how to put more meat to our family governance and constitution for generations to come.”

The mediator/consultant was Rachel Butler of Right Angle Consulting.

“I knew I’d have to bring in a family business consultant to get us to the finish line,” Daniels said. “And we’re still heading toward the finish line.”

The third generation? Nobody’s thinking about that yet. But Daniels notes that there’s a deep bench.

“There are 15 grandchildren,” he said.

Send this to a friend